Ieva Klingenberga was born on September 17, 1986 in Riga, Latvia. She is a composer and audiovisual artist.
Ieva accomplished her Master’s degree in Composition with prof. Rolands Kronlaks at the Jāzeps Vītols Latvian Academy of Music in 2012 and the Master in Audiovisual composition with prof. Paolo Pachini at the Conservatorio di Musica G.Tartini di Trieste (Italy) in 2019.

Since 2012 Ieva is a member of the Latvian Composers Union.
She has participated in various workshops and masterclasses abroad, such as “Matrix12 on Tour”(Poland), the European Media Training workshop Summer MEDIA Studio (Lithuania) etc.

In 2014 “Insomnia” for vocal ensemble was performed by German vocal ensemble Octavians on the 29th May at the German Choir Competition 9.Deutscher Chorwettbewerb 2014 in Weimar, Germany.

In 2015 “Lamp Fever” was broadcast on Portuguese national radio and was performed by Loudspeaker Orchestra at the “Electronic Geographies” in Lisabon,Portogal.

She always likes to take a part in many interesting projects and compose music in various different genres of music, mostly where music and other arts been combined (multimedia, audivisual). 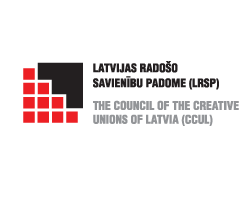